An electrical insulator is a material used to wrap electrical cables and other equipment in order to prevent free flow of current between the electric conductors in a power network. Insulators which are made up of at least two insulating materials are known as composite insulators.

A composite insulator is reliable and lightweight in nature and widely accepted across the power & infrastructure sectors on account of its diverse applications and excellence in performance. Use of composite insulators increases the efficiency of power grids by mitigating the power interruptions and losses. Additionally, they are being used on account of their characteristics to perform efficiently in heavy pollution areas and for high voltage products as well. These factors are anticipated to contribute towards the rise in adoption of composite insulators in numerous areas. Moreover, the increase in spending and investments by the government on infrastructure in order to meet the demand of power supply in developed areas is anticipated to significantly raise the demand for composite insulators around the globe in upcoming years.  Furthermore, composite insulators industry is estimated to grow owing to stringent legal framework by the regulatory authorities to meet operational efficiency in power production and distribution by modernization of existing grids and expansion of new grid networks.

The composite insulators market is anticipated to witness significant opportunities and is estimated to grow at a CAGR of around 9% over the forecast period i.e. 2019-2027. The market is segmented by type into braced line post, horizontal vee, insulated cross-arm, line post, pivoting braced post and suspension, out of which, suspension composite insulators are anticipated to hold the major share in the market on account of their usage in numerous areas and their ability to provide efficiency in operations of grid networks. On the basis of application, it is segmented into low voltage line and high voltage line, out of which, high voltage line is anticipated to grow at the highest rate on the back of increase in investments in high voltage transmission lines. 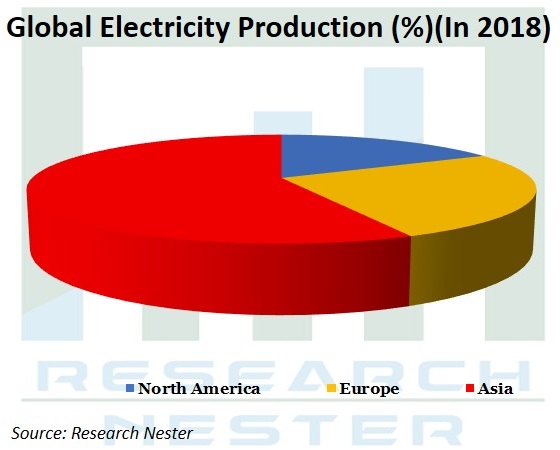 Increased government focus pertaining to clean energy along with precise framework towards power conservation is likely to favor the adoption of composite insulators, thereby estimated to contribute towards the market growth over the forecast period. Moreover, rise in investments for development of effective grid infrastructure on the back of power distribution reforms is anticipated to propel the growth of the market around the globe. 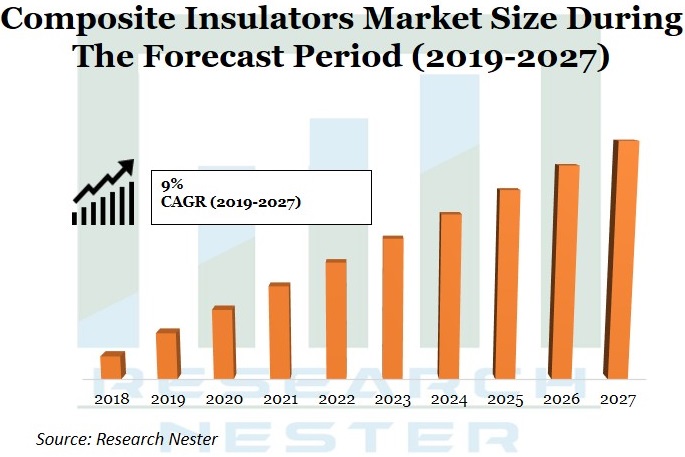 Change in Efficiency at Different Locations

Our in-depth analysis of the composite insulators market includes the following segments:

On the basis of regional analysis, the composite insulators market is segmented into five major regions including North America, Europe, Asia Pacific, Latin America and Middle East & Africa region, out of which, the market in North America is anticipated to hold the largest market share over the forecast period on the back of increasing government regulations and investments pertaining to modernization of aging grids and expansion of grid network. The composite insulators market in Europe is further estimated to grow at an incremental rate owing to increased focus of the regulatory authorities on grid modernization and rapid urbanization in the region. Furthermore, the market in Asia Pacific is anticipated to grow at highest growth rate on the back of rising demand of power, increase in power generation capacity of the emerging economies and the extended efforts by the government to build efficient transmission lines and distribution networks. These factors are estimated to fuel the growth of the market in the regions.

The Composite Insulators market is further classified on the basis of region as follows: