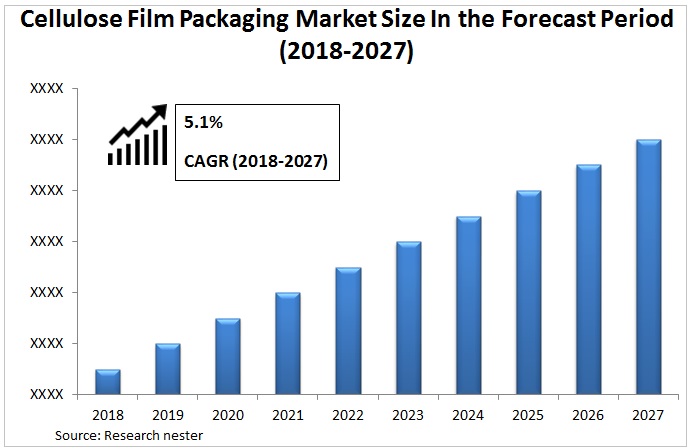 Global Cellulose Film Packaging Market is further classified on the basis of region as follows:

The rising demand for cellulose based consumer packaging for various preserving, packing and carrying purposes in cosmetic, footwear, personal care and other industries are expected to drive the market rapidly over the forecast period. The growing R&D activities associated to cellulose based film packaging in various end use markets for better designing, cost efficiency; good quality printing and increasing the baggage’s aesthetic value is further expected to increase the market growth. The increasing push from the environmental regulatory bodies to use biodegradable and eco-friendly products is expected to contribute significantly in the growth of cellulose film packaging market over the forecast period. Rapid urbanization with flourishing economic development has resulted in increased environmental concerns and thus, increased awareness in the consumer as well as manufacturing population which is expected to boost the cellulose film packaging market around the developed as well as developing regions across the world. Furthermore, various government bodies implying tax resumption on bio-plastic resin manufacturing is estimated to propel the cellulose film packaging market strongly over the forecast period.