Beard oil is a cosmetic product that is used for grooming and softening the beard hair by acting as a source of nourishment for the skin under the beard. The purpose of usage of beard oil is to make the scruffy beard look smooth and shining, as many times beard may attract dirt and bacteria of various kinds. Beard oil contain various ingredients such as carrier and essential oils. Some of the carrier oils used are jojoba, argan, grape seed, almond, coconut oil and others. Similarly, essential oils such as eucalyptus, pinewood, fir needle, sandal wood and others are used in beard oil. These help to ease to a great extent, the problems of itching or dry skin in individuals, as it acts as a moisturizer for the skin and helps in maintaining healthy beards among individuals. By using beard oil, the skin is able to get hydrated easily. Additionally, applying beard oil on the facial hair after showering by an individual may also help the pores on the surface of the skin that are open, to be able to absorb the oil. Some of the beard oils also contain vitamins and other nutrients which includes vitamin E. Beard oils in many cases contain both natural as well as synthetic scents which helps to enhance its properties and aroma.

The growth of the global beard oil market is driven by various factors such as rising consumption of facial products by millennial consumers across the world and an increasing number of individuals who are showing interest towards growing beard that is considered fashionable in order to keep up to date with the trends. The cosmetic manufacturers have been investing in research and development to introduce various products that are advanced and innovative. Additionally, the number of advertisements that are being endorsed by celebrities have raised the awareness about beard oils in the market among the consumers globally.

The global beard oil market is estimated to register a significant CAGR over the forecast period i.e. (2020-2027). Further, the growing beauty device market that was worth USD 20.1 billion in the year 2015 is anticipated to contribute to the growth of the beard oil market over the forecast period. The market is segmented by product type, packaging type, distribution channel and by application, out of which online segment forming part of distribution channel is estimated to grow significantly, on account of growing number of consumers shifting to online purchases, by which the products can be ordered at the convenience of one’s home through the internet by transacting digitally and the product getting delivered at the doorstep of the consumer. According to UNCTAD, global E-commerce sales had risen by thirteen (13) percent and had reached a value of USD 29 trillion in 2017.  CLICK TO DOWNLOAD SAMPLE REPORT 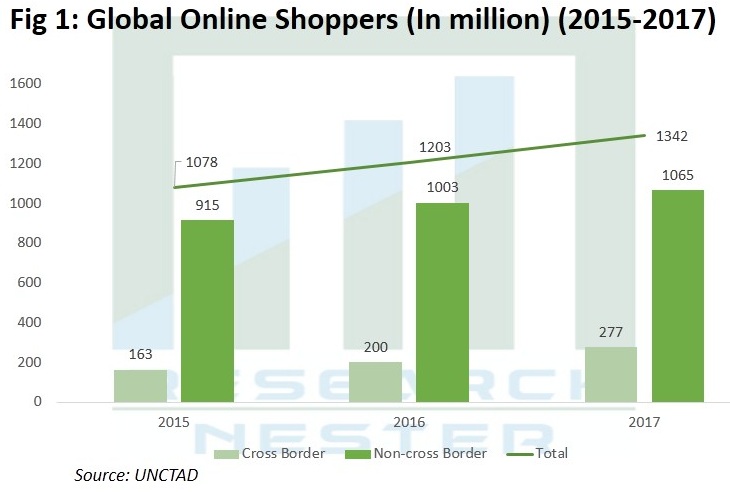 The number of millennials who are spending on their looks and personality has been increasing over the past two decades, with individuals across the globe attaching importance towards their appearances and personality by spending more on beauty products. The individuals with beard are being accepted at important places of business and work. According to the Global Wellness Institute, the spa industry was one of the high revenues generating leaders with a revenue growth of 9.8 percent between 2015 and 2017. The beauty and wellness industry has grown steadily across several regions, with several scientific techniques and modern beauty concepts being applied in the production as well as selling grooming products.

The standard of living had been on the rise in several nations over the past two decades, with participation by various countries from different regions of the world in economic growth and the improved standard of living observed across the world as compared to their earlier periods. The growing number of skilled and tech-savvy workers in several nations, including in developing nations such as China and India with high disposable incomes have raised the demand for beauty products which is also anticipated to aid the growth of the beard oil market over the forecast period.

Availability of Low-Quality Products in the Market

Beard oil may sometimes not be packed with the correct ingredients or may have been exposed to faults during the process of manufacture that may lead to low quality beard oil being sold in the market. Moreover, some of the products that contain essential oils in the beard could be exposed to light or air even before they were added to beard oil, which could cause some allergic reactions for users. These factors could limit the demand for beard oil among the consumers and thereby are anticipated to restrain the growth of the market over the forecast period.

On the basis of regional analysis, the global beard oil market is segmented into five major regions including North America, Europe, Asia Pacific, Latin America and Middle East & Africa region. The market in North America is anticipated to hold the largest market share, owing to growing number of individuals sporting beard and increasing number of individuals with high disposable incomes. The market in Asia Pacific region is predicted to witness rapid growth, with emerging economies such as China and India having witnessed steady growth over the past decade. With a growing population that is skilled and tech-savvy earning high disposable incomes, the attraction towards various male grooming products has focussed the attention of various market players towards investment in grooming products in the region. Moreover, rapid urbanization and presence of a huge urban middle-class population in the region is anticipated to drive the growth of the market over the forecast period.

The global beard oil market is further classified on the basis of region as follows: