Conveyor belts are basically employed to carry goods and are basically used in manufacturing, and mining industries. The system is composed of two or more pulleys and a belt rotating on them. The material to be transported is placed on the belts and carried to the end point of the belt. The system is used to transport the material over a short distance generally with in a property. The belt is made up of rubber with uniform composition throughout. Dependent upon the industrialization, GDP growth, infrastructural activities such as mall, airport etc., conveyor belts market is projected to expand at a modest compound annual growth rate (CAGR) during 2015-2021. In past few years, the demand for conveyor from almost every sector has seen a sharp rise and is projected to maintain the same demand in near future.

Conveyor belts are used in different industries for varied applications. The industries are segmented in to the categories like Automotive Industries, Airport, Malls, Food and beverages Industries, Goods manufacturing Industries & Others

Economical investments, growth in the manufacturing sector, much appreciated GDP growth especially in developing countries such as China and India, are some of the major growth drivers of global conveyor market. Conveyor belts are mainly used because of its cost-effectiveness and versatility. In addition to that stiff, competition in the end-user product manufacturing industries have forced the companies to adopt efficient techniques to maintain low production cost. The use of industrial conveyor systems enables manufacturers to reduce inventory levels and in turn, reduce overall costs.

Major challenge which is restraining the growth of the market is the initial high investment to install, need for continuous support and maintenance for effective performance of conveyor equipment.

Global conveyor belt market is expected to expand at a CAGR of 3% during the forecast period 2016-2020. Asia-Pacific is expected to be the fastest growing region for conveyor belts in the next few years; Asia-Pacific comprises of two of the fastest emerging economies across the globe such as India and China. It has been noticed that over the past few years, multinational companies from developed countries have installed their production base in countries such as India and China due to availability of cheaper input cost profiles such as labor, raw material, and equipment. 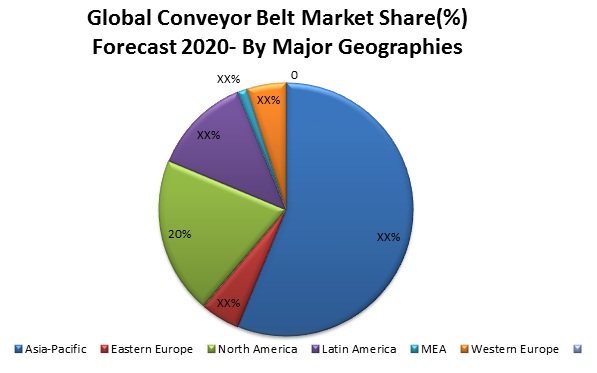 For more info, Please send your query at info@researchnester.com

Future of Work: The Workplace Scenario of Different Industries After the COVID-19 Outbreak

Global Industry 5.0 Market Growth to Gain Momentum by a Remarkable CAGR Throughout 2022-2030; Upsurge in Emergence of AI, IIoT and Robotics Technologies in the Industrial Environment to Offer Lucrative Opportunities for the Market Growth